Posted By : Kathy Robertson
Comments : Off 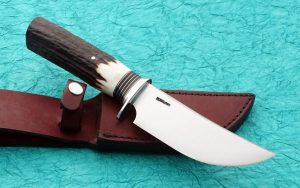 Custom knives are comprised of two large market sectors; fixed blades and folders. These move in cycles as smaller market sectors cycle within the larger market sectors. Before the internet, this could last a decade or more.  Today the cycles are there, but the knives in the smaller market sectors move in and out of favor much quicker. Within those cycles are even smaller sectors. They are the trends that can last anywhere from a couple of months to a couple of years. As I discussed earlier the matrix gave me insight into the pricing of custom knives. Let’s be honest, if you had the choice between two knives of equal quality and materials from makers of equal skill and reputation; you would more often than not buy the less expensive one.

The issue of buying what you like nagged at me as I knew from my own experience it would cost you money in the long run. This made no sense to me before I created my matrix and even less sense to me after. Given there are thousands of knives available worldwide at any given time, why would you buy a knife for your collection knowing when you sell it you would lose money? Conversely, the question then has to be asked why a maker would price their knives knowing that they won’t sell for that price.  In a business, environment pricing is not arbitrary.  An example of a basic pricing formula would include such costs as (material, shop time, etc.) + Labor + business costs (marketing, printing, etc.) + profit = price.  Other costs can be added or subtracted.  After talking with hundreds of knife makers I found few if any used any kind of formula. More times than not a fellow knifemaker helped them price their knives.   From a maker’s perspective that can make sense.  The advising maker has been around for a few years, makes a similar knife, and has a feel for the market. For you makers reading this, take heed to the lesson in the next paragraph. 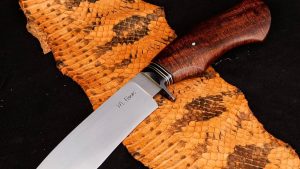 In a few minutes, a customer approached the well-known maker’s table and asked about the $375 price tag on one of his knives.  The potential customer indicated he felt the price was a little high.  The well-known maker was quick to point out that his knives are a bargain at that price.  Pointing down the row to the new maker he was just talking to.  The well-known maker replied, “See that young man down there, he has only been making knives for 2 years. He has a similar knife to the one in your hand  and his price is $325.00.”

To say I was stunned is putting it mildly.  While you may not feel that your fellow makers are your competitor, the fact is that he or she is. You don’t ask your competitors to price your knives.  A custom knife maker should know their position in any given market.  If they don’t, it is incumbent on the collector to know.  This will keep you from overpaying for a knife.

As we all know or have at least heard, the value of anything is determined by what someone will pay for it.  This concept is exactly what can and often does skew the pricing for one maker or even an entire market.  There are buyers where the retail price does not matter. They will spend what it takes to get the knife often bordering on the absurd.  This is particularly true of the bid-up knives that have become “the show within a show” at knife shows around the world.  As the identity of the individual(s) become known and they buy more of a particular style of knife or maker they are sought out by sellers.  The ‘flips” begin and the “bubble” starts; more on this later. 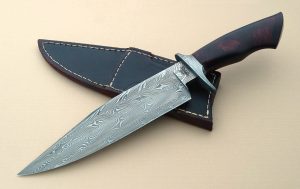 Investing in custom knives does not have to be about getting enough Return On Investment (ROI) to pay for a child’s college education or a beach house.  For those of you who do invest you probably understand that seldom if ever you make enough off of one stock to accomplish the aforementioned goals.  I would suggest you invest in custom knives at an entry level. For this discussion, we shall compare investing in custom knives to the Certificate of Deposit (CD) offered by your bank.  As of this writing, my bank was paying 0.01% APY for a $2,500 minimum opening deposit for six months. Should you cash in that CD after one year you would receive $2,525.00.

Given the cost of a college education today or a beach house; doing the basic math on the equation above shows us that investing in CDs is not the way to go either.  Applying the same 0.01% to a custom knife you purchased for investment purchase  you bought a $500 knife and sold it for $505.00 you would get the same return as you would on a 6-month CD from your bank.  I don’t know about your bank, but mine does not have a 6-month CD with a minimum deposit of $500.00.  No, I am not taking into account shipping costs.  Just as I am not deducting the capital gains tax on your $25 profit from the bank. Being an investor can take a little spontaneity out of your knife buying/collecting. 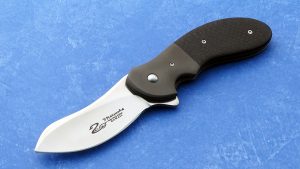 By this point, you understand that the custom knife market moves in cycles.  In the mid-1980s a new knife sector captured the collective imagination of the custom knife market. This knife was called the interframe folder.  Some of you may have never seen one or even heard of this type of knife.  A 440C blade, the frame was two stainless steel scales and generally a lock back.  In the scale or scales, a pocket was milled out and an inlay was put into this pocket.  Generally, Elephant Ivory, Abalone, or some type of Pearl was the inlay. The knives were clean, unique, and filled your hand with some heft and the collectors couldn’t get enough. It wasn’t long before the collectors wanted something a little different so embellishments were offered.  Engraving, gold inlay, and even gemstone inlays became available. This added to the delivery delay and increasing the demand.  The ever-increasing aftermarket prices were being paid by collectors in Japan.  As it happens this country’s economy suffered a significant downturn. The knives found their way back to dealers in the United States. The knives were sold again in the aftermarket with the buyers unaware that the bubble had burst. Leaving the owners with very expensive knives that would never return their initial investment.  The same can be said for the tactical folder of 2010 – 2018.  It was all about the name and the demand.  Many of these knives were poorly made.  They were sold almost entirely by the hype in the aftermarket. 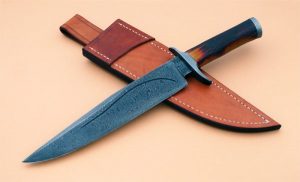 Today in mid-2022 as you read this, many of you have no doubt been watching the upward spiral of forged blades in the custom knife market. This is due to exposure to forged blades on TV and fact that the work is done by one person and primarily by hand.  The forged knives seem more than fairly priced when compared to the tactical folders of 8 to 10 years ago. Unlike the tactical folders, there are no drawings with rabid buyers waiting to own the knife only long enough to flip it. However, most in-demand makers sell out quickly raising prices and the demand for their work. The consistent problem with this market has been in pricing by the mid to lower-level Journeyman Smiths.  Many ask Master Smith prices, for no other reason than they think they can get it. In some cases they do; however, that buyer will regret that decision when the time comes to sell or trade that knife in the aftermarket.  Homework is the key.  You, as the buyer, must know the maker’s position in the custom knife market sector and pay accordingly. My recommendation is that you view the previous two paragraphs as a cautionary tale. 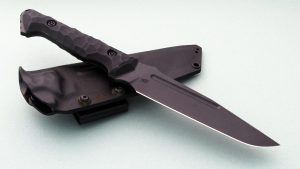 Whether you are a collector, investor, or just buy an occasional custom knife.  I would suggest you do your due diligence about where the market cycles are and which way they are moving.  Understanding the makers’ position in a particular market sector will subsequently indicate what their knives should be selling for.  There is nothing that says the mantra can’t be changed to “I buy what I like, but at a value price.”  Who knows, maybe doing a little homework could get you that beach house!

About the author: Les Robertson https://bit.ly/3PySsRO