Becoming A Custom Knife Collector: What Puts You On Edge?

Perhaps the most insidious path. The future custom knife collector decides to buy a custom knife to meet their needs. Putting their hands on the knife they appreciate the balance and the ergonomics. Their new custom knife is up to the test. I refer to this path as insidious, as while some may have the will power to buy only one custom knife; I did not.

It is an appreciation for the quality of the custom knife that will lead this user to become a collector. Due partly to the relatively low cost and partly due to the number of hunters. Hunters and skinners make up the largest sector of user knives found in custom knife collections.

Not Your Grandfather’s Knife

Generations of custom knife collectors remember with fond memories receiving a knife from their Grandfather or Father. This knife was more than just a knife. It was a signal that you were on the path to becoming a man or a woman. You were being trusted with something you must respect. This was not a toy. Often these knives were well-worn factory slip joints or multi-blades.

It is often said of custom knife collectors that they buy their youth. Those things that they desired as children and for some reason could not obtain in their youth. While many of the well-known factories still build slip joints and multi-blades. It was Tony Bose who changed the landscape for collectors of these knives. He, along with his son Reese and other makers such as Eugene Shadley and Jess Horn re-introduced custom patterns. These knives have seen a renewed interest over the last two years.

In the late 1990s, some of the factories made a brilliant strategic move. They partnered with some of the premier tactical folder makers of the time. Kit Carson, Pat Crawford, Ken Onion, Mel Pardue and Bob Terzuola to name a few. These knives introduced the factory knife user/collector to the designs of some of the best custom tactical folder makers of that time. This combination created a confluence at shows like Blade. Where knife buyers could see the factory versions and the actual knives that spawned these factory copies. This created the EDC path. An example of the EDC is Joel Chamblin’s Maverick. See this knife here. 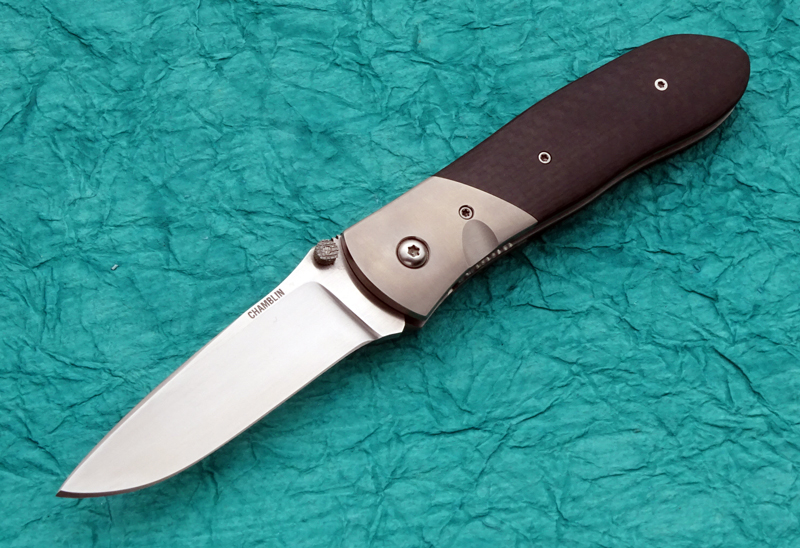 The original path. The mystique of the Bowie knife has been around since the time of the man whose name it bears. Variants of the Bowie knife were the mainstay of the Civil War and the settling of the west. The 1900s brought smaller versions of the knife. Primarily, used in armed conflict. Introducing us to knives used by the military. Custom makers such as Floyd Nichols, Frank Richtig, Walt Kneubuehler, Rudy Ruana, to name a few. Most of us are more familiar with the factory elite of the time, Randall Knives, Ek, Marbles, Sykes-Fairbairn, to name a few.

Bowies, Combat Knives and Fighting knives in all their designs, dimensions and materials have fascinated collectors for over 170 years. Today most of us would not think of or in most parts of the country could you legally carry knives with blades in excess of 6 inches. However, that does not keep custom knife collectors from wanting these knives. Larger knives, in particular, forged knives are once again gaining popularity.

Try to determine the direction of your collection as early as possible. With understanding, you are not committed to this direction for an extended period of time. The reasoning behind this determination will help your focus, saving you both time and money.

Once you have identified the direction you would like your collection to take. This will begin your research and raising your knife IQ. While research is not required. You will find in the long run that you have done yourself and the custom knife making the community a disservice. As you may pass on a quality knife because you didn’t know what you were looking at. Conversely, you may purchase a knife that one day you may decide to trade or sell. Only to find out that because you overpaid for the quality of the knife.

Doing your knife homework will increase your knife IQ. Allowing you to get the best value for your money. This will allow you to add knives to your collection with confidence.

I always recommend that you consider the Four F’s:

Fit: how does the knife fit together? Are there gaps between the blade and guard? Are the scales flush with the tang? These are examples of some of the areas to look at.

Finish: does the blade have a smooth even finish? Pay particular attention to the plunge lines area. No matter what style. This is where the grind moves down toward the choil area. They should be even on each side. The same equality should exist in the guard (if there is one) and handle.

Flow: the knife moves seamlessly from the tip to tend of the knife. Uneven grinds, blocky guards and poor ergonomics will detract from the flow of the knife.

Function: Is the knife designed and built to complete the task it is to accomplish?

Spending time on our favorite forum, reading knife magazines such as Blade can help your Knife IQ. However, nothing can replace attending a knife show and putting the knife in your hand. This gives you the opportunity to apply what you have learned with regards to the 4 F’s. You will be able to calibrate your eyes to the sometimes-subtle differences between knives that are in the same category.

Buy what you like. Enjoy what you have. Welcome, the hunt for the next piece of your collection.