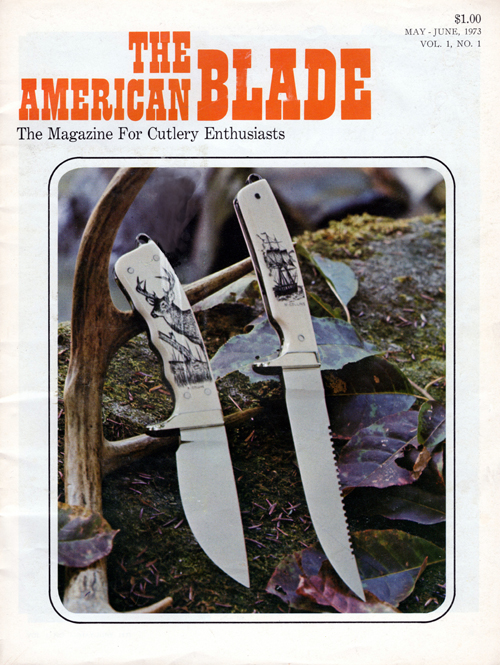 Many of us are lead into custom knives because of the failure of a factory-made knife we were using.  That was the case for me and was also the case for Rod Chappel.  In 1967, a factory knife failed on a hunt that lead him to explore making custom knives.  His first stop on this journey was to the legendary Bill Moran for more information on how to forge blades.   The next stop was to spend time in the shop of legendary maker, Gil Hibben.  Then with the help and guidance of legendary knifemaker, Harvey Draper, he started making knives. 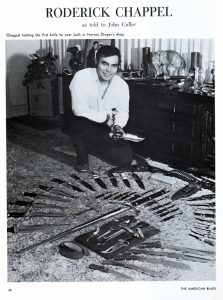 In 1970, Rod started making custom knives full time in his Grandfather Roderick Davis’ boat shop in Spokane, Washington.  This is why the knives from the 1970s’ have the mark “Davis Knives” instead of his CHAPPEL logo. As a former architect and civil engineer, he felt comfortable first putting knife designs on paper like a blueprint, if you will. He had a deep appreciation for perfection. He had many designs, but note the Lewis & Clark, Mini Mag Bowie, Coeur D’Alene Fish Knife and Woodsman Bowie (Combat Bowie). They may look familiar since they are currently on our site. 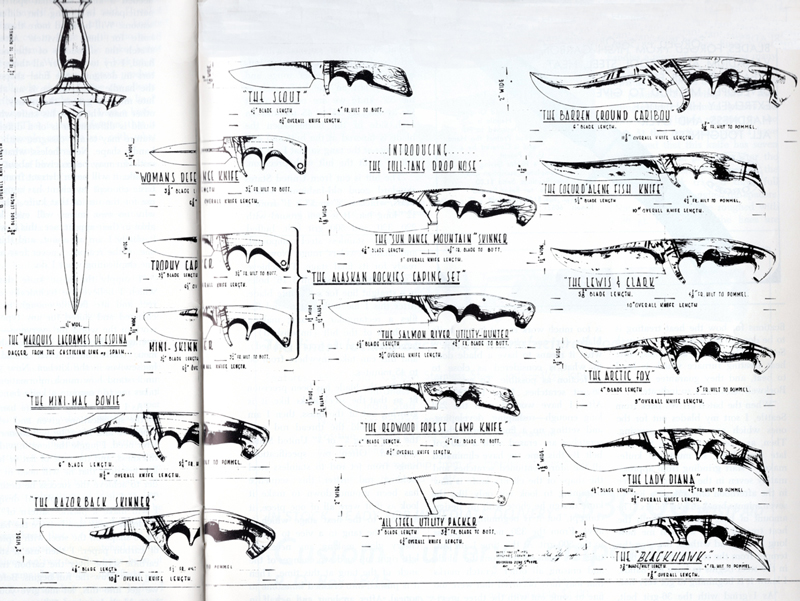 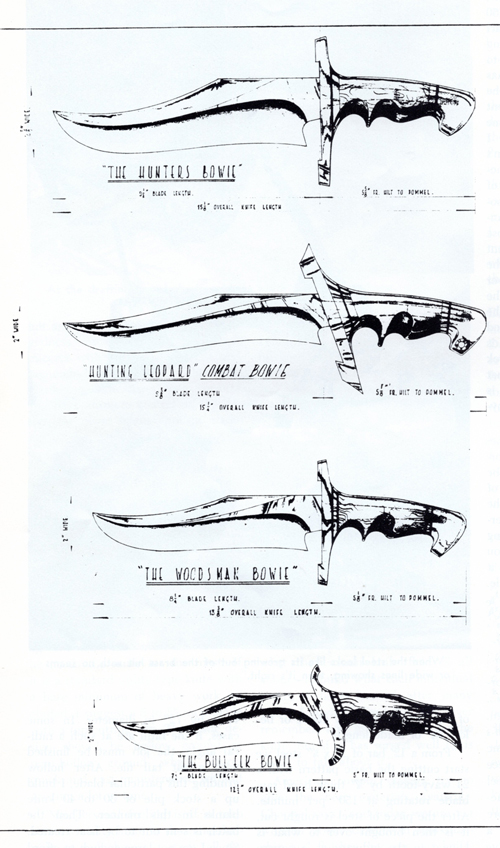 Each Christmas Rod would build one knife to be sold to buy his children Christmas gifts.  These knives are all marked Christmas, followed by the name of the knife.

In 1984, my wife and I were headed to Chicago returning from our honeymoon, I was reading the Inflight Magazine.  In this magazine was an article on knife photographer, Jim Weyer.  One of the featured knives in that article was the Rod Chappel Hunting Leopard Combat Bowie with an Ivory handle.  At that time, it was the most incredible knife I had ever seen!  Instantly I became a huge fan of his knives. 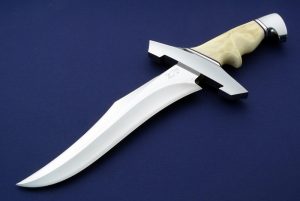 Due to his Alaskan Native American lineage, Rod was able to legally utilize supreme handle materials such as walrus tusk ivory or whales teeth for some of his knives. Rod’s knives are instantly recognizable with their sweeping grinds and carved handles.  His knives are very collectible and difficult to find.  He achieved what most makers/artists strive for; a unique look and/or style.  Rod Chappel passed away in 2017, but his artwork remains ever alive and inspiring for collectors and sportsmen alike.

*photo from the original American Blade magazine article about Chappel.